I have had four jobs which included a lot of overseas business travel, which meant a lot of air miles (not the loyalty scheme but actual flight miles).  I flew abroad for the first time aged 23, which may seem late for lots of today’s generation; both my children flew as babies (which as any parent will tell you is probably the most stress you will ever face). But in 1986 I flew by Alitalia, and we flew to Fiumicino airport in Rome. I was accompanying my boss at Smiths Industries to finalise a contract with the Italian National Carrier; nothing glamorous – I was literally the bag man! The hard work had been done previously. Two issues were outstanding which we solved by 5pm, we then went for dinner and caught the flight back the next day. That was the way it was. Travel was expensive and was only used for crucial times.

But then I joined a satellite television firm and started to travel a lot more, mostly to Southern and Eastern Europe, including a memorable Boeing 727 full throttle landing at Bratislava airport. 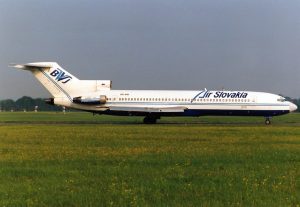 And then on to telecoms and working with companies in France, Germany and Holland as well as suppliers in Canada, but a lot of time was spent going up and down from Aberdeen to London and back again. Again, perhaps the aborted flight with flames coming out of one engine just after take-off should be remembered as a highlight. And not forgetting the flight in a 6 seater piloted by the Chairman to go to a Board meeting in Northern France – it was such fun that I took the Eurostar back…

And then onto Oil and Gas, and travel to every major production region. From Trinidad to Houston, Perth (WA) to China, and all points in between. I was on an international flight 2 or 3 times a month on average and landed in places I could only have dreamt about as a young man; from the bling of Dubai to the distinctly scary Tripoli International. 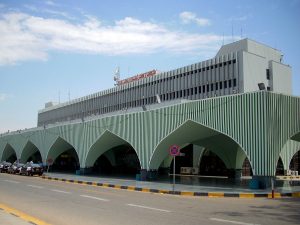 I always remember the advice from Mark H McCormack in What they don’t teach you at Harvard Business School,  which was that sometimes you just have to “show up”, and that is the way many international businesses have been run for the last 30 years as travel became more affordable; a justifiable cost of sale or operation. I felt it was vital to go, either to see a client or to see the guys on the ground. Unfortunately, I can also remember there were times when I came back from what was a fruitless or pointless trip – a meeting that was with the wrong person when I arrived, or to find out that the issue was something that someone else could have been better at handling. 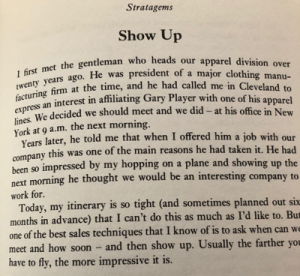 So here we are in a time when airlines and travel have effectively been grounded by Covid 19. And global businesses are having to find a way to adapt. The solution of just getting on a flight and going feels as alien to me now as it was for my pre 23 years old self. I know that this is going to be a real disaster for airlines, travel companies, hotels and importantly the tens of thousands of people they employ, but I wonder if there are many CFO’s sitting in their home offices looking at their costs of doing business and realising that the “way it has always been done” may now be changing. They will be looking at what can be achieved without getting on that plane and counting the benefit.

We have all seen how the natural world has benefitted from our enforced absence, and I suspect this may now become another factor – will there be higher levels of peer pressure from investors, staff, customers to reduce the pollution cost – the impact on the planet. Will this become a much more important metric on annual reports?

Will the balance of customers for airlines start to be impacted by a reduction in Business travel? Already we have seen many of the  big airlines cutting back, probably because not only have they been impacted by the lack of revenue for this quarter, but possibly because they have looked forward to a lack of businesses wanting to spend lots of Money flying people around the world to a meeting they can hold on Video? Remember, the bulk of the big carriers rely upon those business class seats to balance the books on a flight.

But hold on, hasn’t video conferencing been around for years and not taken any significant market share from airlines? Yes, but this time it’s different – we have all overcome our reticence to see ourselves on a video screen, we have all worked out how to talk to people and how to make the meeting work, the technology has transformed the quality,  and we have all enjoyed the fact that you can hold a meeting in your bare feet…well the last one may not be a trend in the office but you get the point! So now, we are all a nation of video conferencers – it is cheap, effective and to some extent fun. Of course it will never replace the benefit of actually being able to sit over a table and look someone in the eye as you are negotiating, but in our new world, perhaps we need to be working out strategies for internationalising our business that don’t always rely on “showing up”.

Are we back to square one then? Certainly, in terms of going back and looking at the fundamentals of your business model. If you have a significant international ambition, then surely it would be sensible to look at your route to market and work out how to change your marketing and operations to reduce the reliance on travel. Many businesses are realising that webinars are a very effective way of getting key messages in front of potential targets. Product messages will become commonplace in video on social media channels. Just look at the increase in video usage on LinkedIn. Businesses should also be training their teams in video etiquette and how to present effectively remotely. Sales teams need to work out how to make their process work in a new way. The skill set needed is different.

Most importantly, for the near to medium term, you need to time that trip when you make it; it should be done at the point of maximum impact – when you are closing the deal, when you are agreeing the terms, when you are addressing bigger problems.